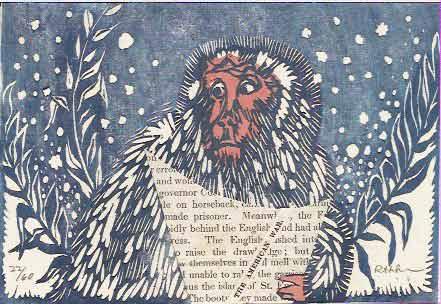 The New Year Exchange prints site has been updated with images from past exchanges. Horses, dogs, sheep, monkey, pigs, etc. Over 250 prints on display....
New-Year Exchange Gallery
Many thanks to Carole Baker for all the scanning & uploading. 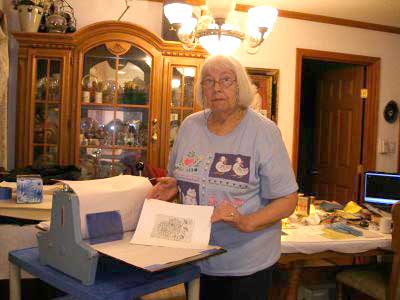 Our friend Carol Gilbert-Wagner passed away earlier this week. "Sacramento Carol" as she would often signoff in her posts joined the Baren forum back in June of 2002. From the very start she made an impact with her positive attitude, her love for books, poetry and her desire to learn Moku-hanga. Artist, bookmaker, poet, mother & grandmother..these were just a few of the roles that Carol enjoyed. During the Calendar project of 2003 she was a big help to me and a major contributor with multiple prints. Later she exhibited and promoted Baren work locally and at Art Ellis, the Art Supply store where she worked and served as Art consultant. We exchanged many emails during that project and I will always be grateful for her support and contributions.
I can't claim to have really known Carol as we never met in person but I am hoping that those that knew her and were touched by Carol in someway would like to share their thoughts here by either creating a new entry, sharing images of Carol's work or by posting additional comments. Carol's photo is from the blog of her good friend and barener Patti Phare-Camp where more images of Carol's work can be seen.
Most recently Carol was working on a joined book-making effort with her friend and collaborator Robin Morris. I first got a little insight into what a special person Carol was in a Baren post that Robin made after meeting a group of Californian Bareners in April 2005. It is worth another read as it speaks volumes about Carol.
There will be a service of remembrance and celebration of Carol's life. Friends, family and those who knew her are invited:
McKinley Park Sacramento California at 10 a.m. on this coming Saturday the 24th of March.

My print for Exchange #29
Here are some pics of one of my latest prints. It's a three-step reduction print carved on 3/4" birch-ply and printed in traditional Japanese style. I have included pics of the block at each step. Click on any of the images to see an enlargement. 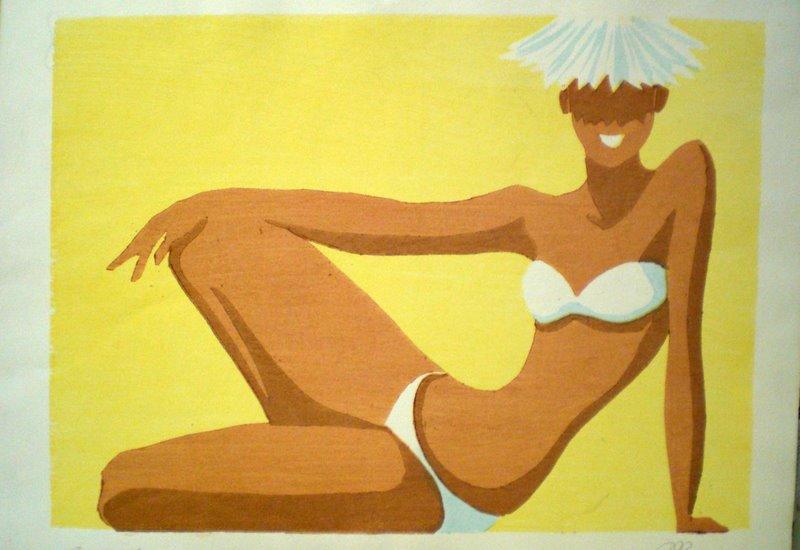 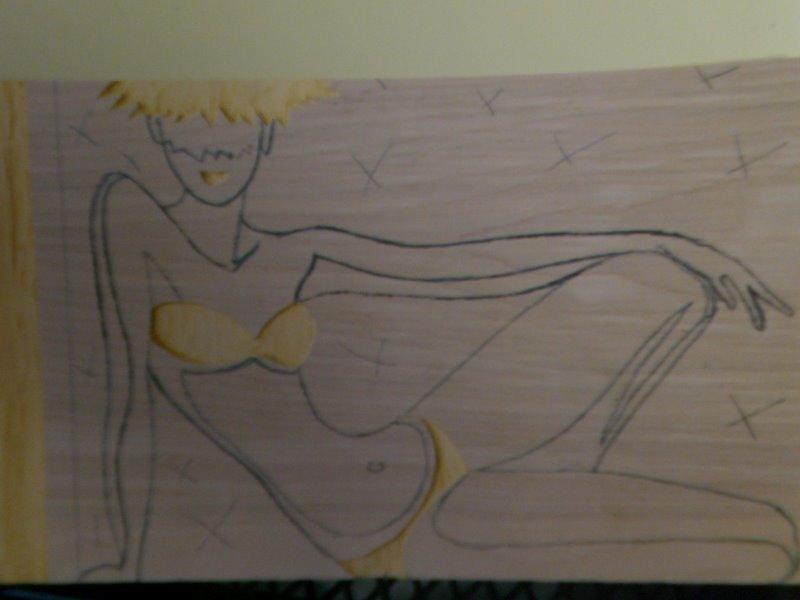 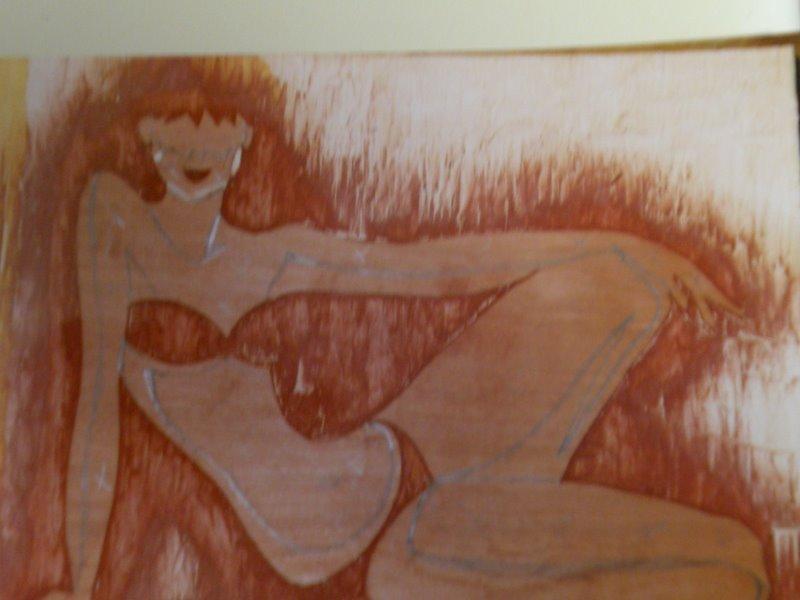 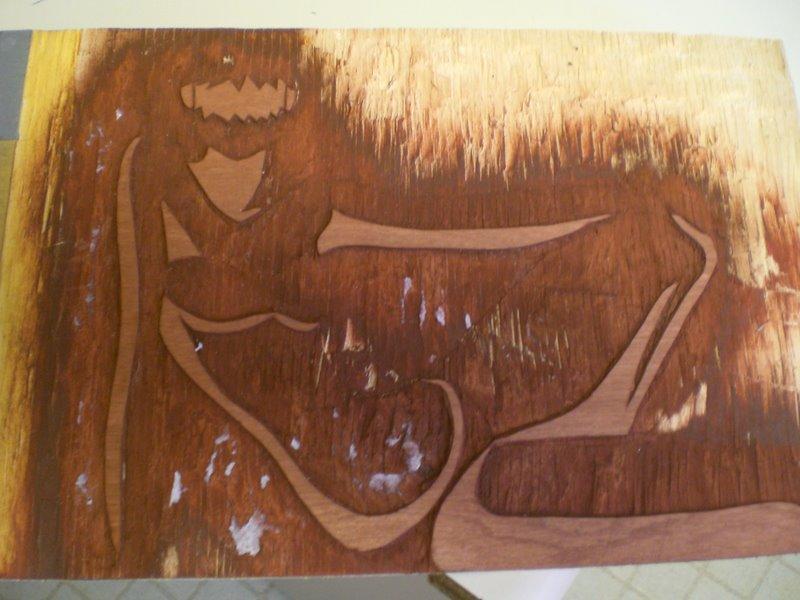