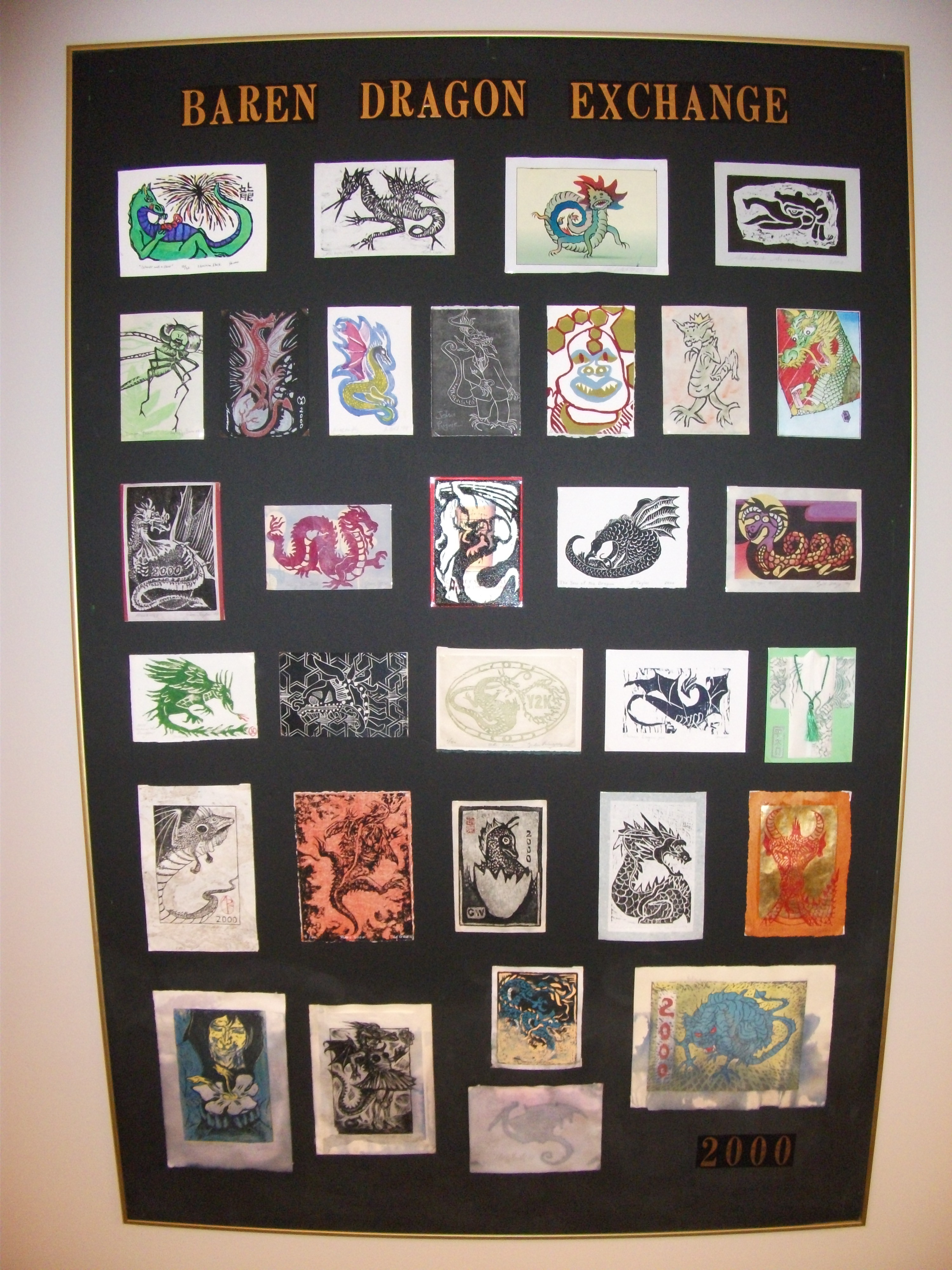 After 12 years of hibernation an old set of New Year Dragon prints awaken to wreak havoc upon a northern suburb of Chicago. The prints were part of the original Baren Chinese New Year Dragon exchange of 2000 (Y2K). They were also part of a Baren exhibit at the Skokie Public Library and after that ran it's course the dragons were silenced until last month when they came out of hibernation to attend a New Year party at Walgreens headquarters. The dragon prints were so well received that they may have found a permanent resting place ! 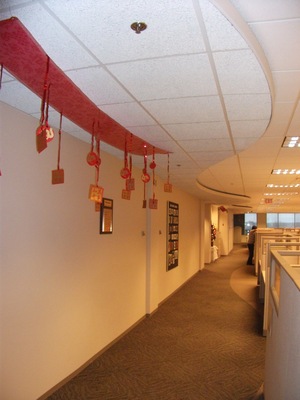 Posted by Julio at 3:03 PM No comments: Links to this post